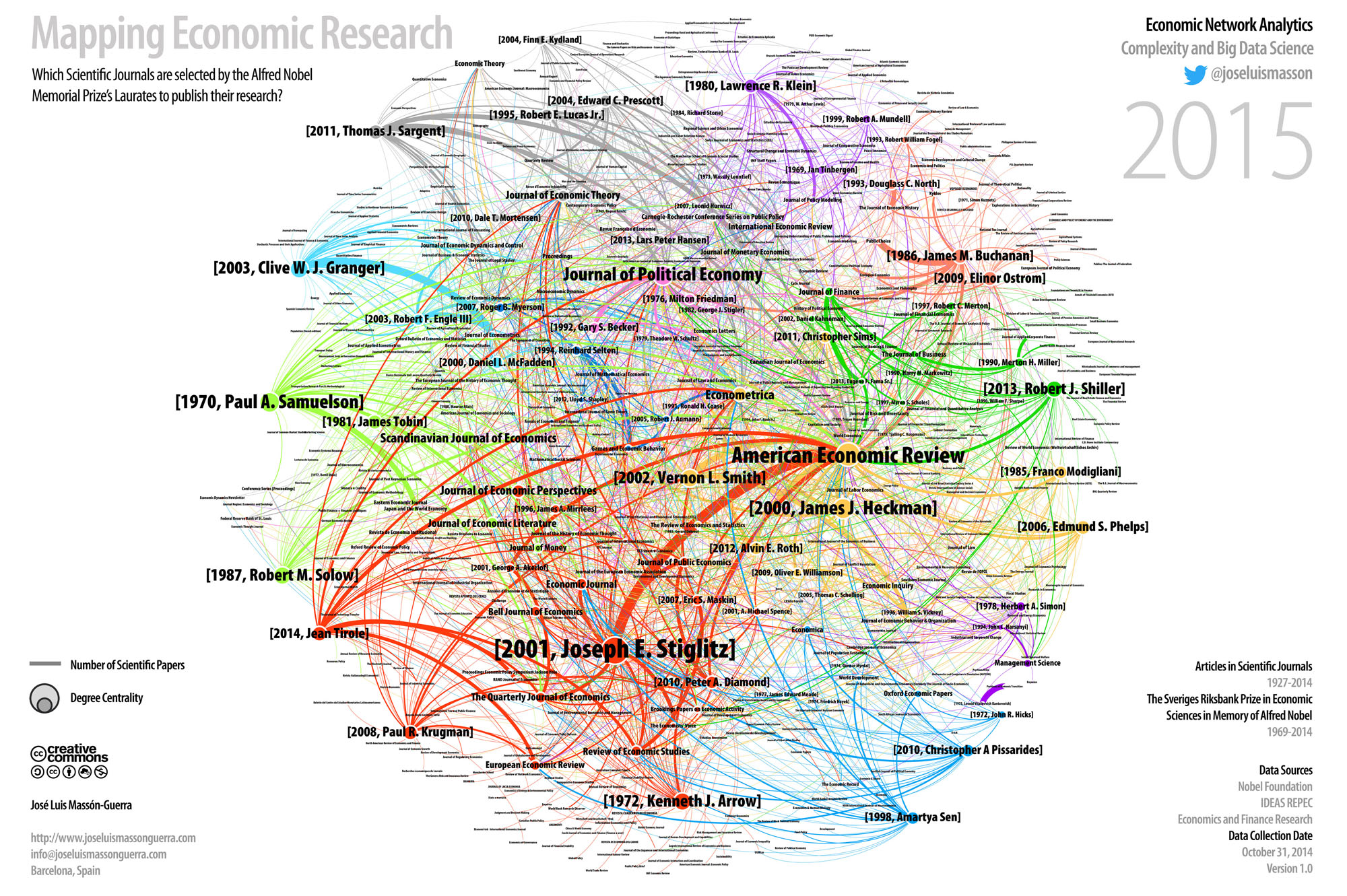 BELLATERRA, Spain.- One of the most interesting activities for those who are dedicated to science, it is learning new analytical techniques, programming languages, statistical software, etc. With the boom of Internet, the Open Source, the access to Open Data, the Open Science, the dissemination of knowledge has accelerated and now it is possible to use more advanced methods to achieve this aim. In fact, this “division of labor” in science is leading to the creation of new knowledge branches and sophisticated tools (e.g., Computational Simulators, Big Data Analysis, Social Network Analysis, Complexity Analysis, etc.).

Based on my interest to exploring new ways to analyze this complexity, I have developed several projects for research groups and for companies during the last years. Particularly, these projects focused on the analysis of large volumes of financial, economic and industrial information, visualization, scientific media, etc. In this post, I included a pilot study of data visualization called Mapping Economic Research. The main idea is to show a graphical representation about the scientific publication patterns that have adopted the winners of the Economic Sciences Prize given by the Nobel Foundation (officially, this recognition is known as the Sveriges Riksbank Prize in Economic Sciences in Memory of Alfred Nobel; colloquially, it is known as the Nobel laureate in economics). Graphically, this map helps us to identify the patterns that often are unnoticed when other methods of visualization and analysis are applied. Methodologically, the data was collected directly from the Nobel Foundation and data repository scientific publications IDEAS-Repec on October 31, 2014. Hope enjoy the: Mapping Economic Research in this link (it is a high resolution version and could take 30 seconds to load).

Interesting! A bipartite network of Nobel prize winners in econ and journals they published in by @joseluismasson http://t.co/lBrdcNbXjg

“Which Journals are selected by the Economics’ Nobel Prizes to publish?” http://t.co/GaRoYUPPeI by @joseluismasson pic.twitter.com/7vIuxQcFlK

Hey @jalees_rehman this made me think of mtg yesterday https://t.co/mR0shpNx0j

“Which Journals are selected by the Economics’ Nobel Prizes to publish?” http://t.co/t8b1eDlkLc by @joseluismasson pic.twitter.com/YMdKXqsTNi

Where the Nobel Laureates (in econ) publish. Hint: Start at the AER. http://t.co/O2vsg0UQmJ HT @joseluismasson pic.twitter.com/1U7VFZyrXk

Tremendo: Which Journals are selected by the Economics’ Nobel Prizes to publish their research? http://t.co/KkdiduOdPQ vía @joseluismasson

@JFiva Does this figure include publications after winning the Nobel or only those before @joseluismasson? Would be interesting to see diffs

Which Journals are selected by the Economics’ Nobel Prizes to publish their research? http://t.co/gFKETd7UUr vía @joseluismasson